Hola! I’d like to shift the focus of my blog this time, and share my experiences in a somewhat more personal, less travelogue-y vein than I have before. 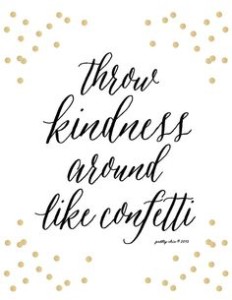 (Before I leave, I’ll jump back into travelogue mode with lots of photos!) The reason for this shift right now? I’ve come across such kindness and warmth — not only from people I’ve met here in Cuenca, Ecuador, but also from local shop-workers, shop-keepers, restaurateurs, wait-staff, taxi drivers, and even bus drivers who have so patiently and generously helped in spite of my halting or tongue-tied Spanish!

I’ve been here for just over five weeks now, with just four more weeks remaining before I return to the United States. I’m here at the invitation of a friend who knows that I’ve been searching for an affordable, desirable place to live in what I’m calling semi-retirement. I say semi-retirement because I love my work and still want to offer it when and where it might be helpful.

As strange as this may sound, I love helping people who have experienced trauma, whether the trauma was non life-threatening — things that happened to them as children (the kind of issues that can create anger, low self-esteem, feelings of abandonment, rejection, feeling wrong, stupid, etc.) or adults (painful break-ups, difficult career choices, etc.) as well as life-threatening experiences (including physical, emotional and sexual abuse, PTSD (war-zone experiences)), auto accidents, et al).

Why do I say I love this work? It’s simple, really. I’ve seen the profound changes that clearing emotional trauma has made in my clients’ lives. Like butterflies emerging from a chrysalis, 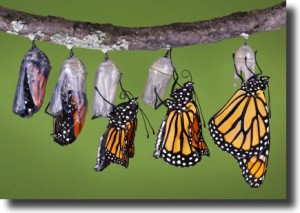 their release from the pain and struggles they’ve been carrying is often phenomenal. Whether we’re conscious of it or not, when we are hurt, shamed or traumatized in any way, our brain releases certain chemicals. When we think about the trauma, or experience something that reminds us of that event, those same chemicals are released again. And again. We find ourselves caught in a pattern that repeats, over and over, until the memory of the trauma is neutralized. This is the work of EFT and Matrix Reimprinting; two of the incredible and effective tools I use to help clients eliminate and move beyond the unconscious patterned behavior that was initiated by the initial trauma.

I know that if I want to do this work here, I’ll need to speak Spanish, and am now about four weeks into Spanish classes. I know I have a long way to go, but it’s a start!

When I think about the rest of the ‘package’ I bring to the table — Wellness Coaching, Mindfulness Meditation, Reiki and my own spiritual background, it feels as if I have a lot to offer. My challenge is now, and always has been, letting people know. That dreaded word: Marketing comes up, but I’m not giving up as long as there is someone ‘out there’ who might benefit! Thanks for indulging the above; maybe I just need a bigger venue for sharing this work!)

But, I digress. I would like to share with you some of the most touching experiences I’ve had here thus far. I don’t see them ending anytime soon; at least I hope they won’t! I must tell you, too, that I don’t believe these things just happen. I’ve made it a point, as I pass people on the street, to greet them in Spanish! Buenos Dias (Good day), Buenos Tardes (Good afternoon), and Buenos Noches (Good Evening). When I do this with a smile, I’m encouraged by the smiles coming back at me. People truly seem to appreciate that I’ve noticed them; they’re not just bodies sharing the sidewalk. I’ve noticed that a majority of Gringos pass the locals without even a nod. This isn’t a judgment; just an awareness. This country belongs to these beautiful people, and I simply think it’s important to be a good guest.

Having called the U.S. home my entire life, I learned that for the most part, unless you live in a small town like I did growing up, or a Village like Yellow Springs in SW Ohio, people usually don’t speak to strangers on the street, even to wish them a Good Day or any of the other greetings that can happen here.

Many years ago I worked in downtown Chicago, in an office building on Michigan Avenue; a notably busy place even then. Every morning I was one more fish in the stream of people rushing hither and thither. Everyone had some place to be and no one seemed to notice their fellow citizens passing by. Their eyes, then, looked straight ahead, in what seemed an effort to avoid eye contact. Their destination, or perhaps the tasks that awaited them, seemed uppermost in their mind. And this was before cell phones! Now, of course, many folks are walking and looking down at their phones; bumping into others and missing what’s all around them.

I came here with the desire to meet the locals. I’ve met a few so far, mostly those whose English is only slightly better than my Spanish. The owners of shops I’ve frequented, and even one or two that I’ve only been in once or twice, have gone out of their way to help or to make me feel welcome. Oh, I could have a jaded attitude; one that says they just want my business, but I felt a genuine warmth — one that told me that the woman who owns the bright little restaurant where I ate lunch the other day was happy to introduce me to Fanesca, the traditional 12 (to represent Christs’ disciples) bean and grain soup that is served here only one week a year, during Semana Santa, or Holy Week.

And then there was the pharmacist who left her Farmacia to walk me to the bus stop some distance away. I had stopped there, hoping to find someone who could tell me where to catch the bus I needed, but had to rely on SpanishDict!, a translator app I had downloaded to my smartphone to make my inquiry. She couldn’t figure out how to type in the Spanish answer on my phone, so she walked out from behind her counter and traveled at least six silent blocks with me. When we got near the intersection for the bus I needed, she pointed it out and went back to the Farmacia! How do you thank someone when you don’t speak their language. All I could say, over and over, was Muchas Gracias. Now, thanks to my Spanish classes, I know I can also add, Muy Amable . . . you are so kind!

Another over-the-top friendly encounter happened a week or so after I had arrived. My friend, Sherry, who had been showing me around town during my first week here, had flown back to the States a day or two earlier, so this was the first time I was venturing into the historic district on my own. I didn’t have a destination in mind, but I realized shortly after arriving, that I was hungry. No problem. There are tons of restaurants here in Cuenca, many of them serving Almuerzo (pronounced el-muer-so) which literally means lunch for anywhere between $2-3.50.

The only problem was that I hadn’t yet found any restaurants where I could have vegetarian fare (I’m happy to say that I have now found several!). Nonetheless, I ventured into a restaurant with a nice looking patio, and asked the woman holding the menus if they served ‘vegetariano,’ slowly and carefully pronouncing each letter like any American would. I hadn’t taken a Spanish class yet, so didn’t realize that the word for vegetables is vegetales, with the g prounced like an h and the rest of the vowels carrying their own Spanish pronunciation. She looked at me uncomprehendingly and as I started to leave, an older gentleman standing in the foyer, asked in halting English if I wanted vegetarian food. When I told him “Yes, I did,” he said san blas, motioned me over & invited me to walk with him. (It’s amazing how effectively mime can sometimes be used!) Since it was mid-day, and I was hungry, I agreed to go along, not knowing where he was taking me.

I entered what his words sounded like to me —san blass, sandblast? san blas — into my Spanish translator app . . . and came up with nothing. Nada. We walked probably about six or so blocks together, trying to communicate, with him continuing to say san blass. It wasn’t until we got right in front of the restaurant, next door to San Blas church, that I understood what he had been saying!

Once inside the restaurant, he ordered and paid for our lunches, which ended up basically being a huge salad with a slab of soy, cucumbers, tomatoes, and hominy on lettuce. With that we received a glass of the ubiquitous and delicious Mora (blackberry juice) that Cuencanas often receive with Almuerzo. We sat at a table outside, facing each other, communicating thru the electronic wonder of SpanishDict! on my smartphone! It turns out that he was a retired professor from Quito, visiting Cuenca for a few days of vacation. Thanks to SpanishDict!, I found out that he was widowed and, I thought, as we sat there, that maybe he’s just as content as I am to simply share a meal, even with a Gringo.

Strolling down the street together after lunch, I suggested stopping in a bakery/ice cream shop where the baked goods looked too good to pass up. We got two slices of cheesecake with a ½” deep layer of strawberries and, fully sated, shared the experience of two strangers enjoying the sweet wonder of life!

I had to leave my newfound friend then, explaining that I was scheduled to meet friends. We shook hands, exclaimed Mucho Gusto! (it’s so good to meet you!), and went our separate ways. I know that if my brother is reading this, he probably thinks I’m crazy to walk down the street with a perfect stranger and join him for lunch. A few of my friends may think the same, but in my defense, I have to rest on what I believe is a well-tuned sense of people, and my instincts. Maybe they’re the same. I don’t know. Although this may sound naive to folks much more practical than me, I know that the Universe wants only what is best for us. All of us.

We are created with an inborn sense of trust and, if it isn’t beaten out of us or in some other way repressed or lost to the wounds we have experienced in our lives, is one of the most important and precious senses we have. For much of my life, I’ve lived and fared well with that perspective. My life now is an ongoing effort to reclaim that sense of trust; a trust and an innocence that was seemingly, albeit temporarily, lost to betrayal and hurt.

My choice now, again, is to lead with an open heart, aware that not everyone I meet may be worthy of this trust, but I choose to give it freely, unless and until they prove that it’s not safe to do so.

Perhaps that’s why when I meet people on the street here, it’s important to me to greet them with a smile; to let them know how delighted I am to be in their country, and, if I’m truly fortunate, to receive one of their smiling eyes, wide-open smiles back!

12 thoughts on “The Kindness of Strangers”