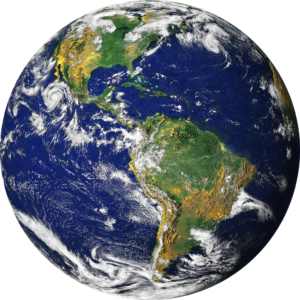 Here in the U.S., this Sunday is Mother’s Day*; the annual celebration of the woman who birthed, adopted, raised, or greatly influenced your life, positively or otherwise. As we celebrate, there is one mother that deserves our gratitude and honor — not just one day of the year, but every day of our lives.

That mother is, of course, our precious and beleaguered Mother Earth. She is the mother without whom none of us would be here. She is the mother upon whom we rely for our food, clothing, shelter, and our very bodies. We modern humans finally began to recognize and celebrate Earth, the mother of us all, in 1970, after centuries of ignorance, disrespect and abuse.

In spite of the annual recognition of Earth Day, we haven’t changed our behavior, but in many ways we’ve gotten worse. More and more of us around 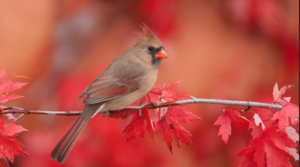 the world, including here in the U.S., are experiencing loss and displacement because of our voracious and unhealthy human behaviors. Oceans are rising, fires are devastating entire communities. Floods and natural disasters are taking a toll that we seem helpless to stop or even control.

It’s been a challenge for many of us, especially those of us living in the United States, including scientists, to comprehend the scope and speed with which climate change is happening. The greatest question is whether we can muster the political or economic will to change our attitudes and behaviors enough to reverse or even slow the worst effects of climate change.

Ecofeminism – Women Caring About the Earth

As a self-identified ecofeminist, I’m not alone in recognizing that so much of what we are seeing is largely the result of a masculine-oriented perspective that says that the feminine, whether in the form of a woman’s body or Mother Earth, is in service of or as a servant to the masculine, as deified within the patriarchal model.

If you haven’t heard the term ecofeminist before, you may wonder what it means. According to academic Mary Mellor, ecofeminism is “a movement that sees a connection between the exploitation and degradation of the natural world and the subordination and oppression of women. It argues that equality and sustainability are intertwined aims, as the human world and the natural world are intertwined but often not seen as so.”

While women have experienced the kind of subordination and degradation Mellor addresses, we generally have a deeper, more nurturing relationship with nature; a greater respect and value for all living things. Because of our connection with the earth, it makes sense that a movement called eco-feminism exists.

“Ecofeminists have noted how historically women have been more involved in protesting against environmental issues and have been at the forefront of such movements. Ecofeminism emerged as a movement in the late 1970s and early 1980s, spurred on by the various social movements and protests taking place at that time period such as second-wave feminism, anti-war and anti-nuclear stances, and the green movement. Although she had passed away by that point, marine biologist and writer Rachel Carson’s book “Silent Spring” was one of the seminal texts that influenced the beginnings of not just ecofeminism but the greater environmental movement as she highlighted the harmful impact of widespread pesticide usage upon the environment.”

I apologize for what you may feel is a heaviness in this blog. I usually try to keep things light and breezy, but we are in a defining moment. These are real issues that we, as women (and a few enlightened men), can no longer avoid talking about and acting on. We are being asked to address these issues not only for our own survival, but that of our children, grandchildren and generations to come.

The most important question we must ask now is ‘what kind of world do we want to leave for our kids, grandkids and future generations?’ Our children, those we have birthed, loved unconditionally and for whom we have done so much, need us to do more to reverse the harm that we have caused. I say ‘we’ because we have, somewhat unconsciously, allowed ourselves to be lulled by convenience.

Are we willing to take responsibility for our actions even if the voice in our head says they don’t matter much? After all, we might say, “I’m only one person so what I do or don’t do won’t make a difference.” For that, I offer this reminder: “Anyone who thinks that they are too small to make a difference has never tried to fall asleep with a mosquito in the room.”

The Power of Love vs. the Love of Power

What if we could help them embrace the ‘power of love’, knowing that it alone offers the greatest potential for creating a healthier, happier life and world for everyone and everything?

I’m curious. How do you feel about the issues of equality for women and environmental degradation? Can you see how these issues are related?

Are there actions you can take or behaviors you can adopt to help move the needle toward a cleaner, healthier environment? What options do you see with respect to dismantling the patriarchal dominator model in your own life? (I’ll address this second question in my next post – but invite you to think about it between now and then.)

Here are a few of the actions I employ to help minimize my impact on the earth. Feel free to copy . . . and share!!

You might have other earth-saving practices that you engage in. If so, please share ways you have found to reduce your impact on our environment. I’ll pull together everyone’s suggestions and share them in a future post.

If any of what I’ve shared resonates for you, I hope you’ll join me & implement them in your own life. Thanks so much for your wisdom and creativity. After all, we are all in this together!

Write me at lina@linalandess.com & share the earth-respecting practices you use! Please put ENVIRO TIPS in the Subject line!

* Do you know the original meaning of Mother’s Day in the US?  Written by Julia Ward Howe, it speaks of a warring world of men and a celebration of peace; of mothers coming together to demand a peaceful world. Here is her original proclamation for Mother’s Day:

“Arise then…women of this day!  Arise, all women who have hearts!  Whether your baptism be of water or of tears!  Say firmly: “We will not have questions answered by irrelevant agencies,  our husbands will not come to us, reeking with carnage, for caresses and applause.  Our sons shall not be taken from us to unlearn all that we have been able to teach them of charity, mercy and patience.  We, the women of one country, will be too tender of those of another country to allow our sons to be trained to injure theirs.”
From the bosom of a devastated Earth a voice goes up with our own. It says: “Disarm! Disarm!  The sword of murder is not the balance of justice. ” Blood does not wipe our dishonor, nor violence indicate possession.  As men have often forsaken the plough and the anvil at the summons of war, let women now leave all that may be left of home for a great and earnest day of counsel.
Let them meet first, as women, to bewail and commemorate the dead.  Let them solemnly take counsel with each other as to the means whereby the great human family can live in peace…  Each bearing after his own time the sacred impress, not of Caesar, but of God – in the name of womanhood and humanity, I earnestly ask that a general congress of women without limit of nationality, may be appointed and held at someplace deemed most convenient and the earliest period consistent with its objects, to promote the alliance of the different nationalities, the amicable settlement of international questions, the great and general interests of peace.”

One thought on “Considering All Mothers!”